Share a memory
Obituary & Services
Tribute Wall
Read more about the life story of Scott and share your memory. 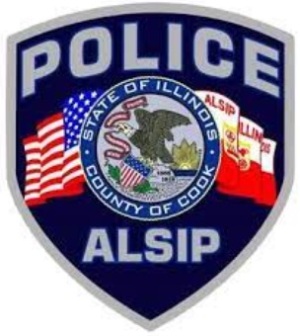 Scott David Kleina, age 61, retired from the Alsip Police Department, left life on August 11, 2022, after suffering several lingering ailments. Beloved husband of Jerri-Lynn (Marzec) and loving father of Becky, Sydney, Danny, and Billy Kleina. He was the treasured son of the late Jacqueline and James Kleina and dear brother of Sheila (James) Elza, the late Sharon (Donald) Gurgel and Keith (Cheryl) Kleina and a loving uncle to several nephews and nieces. He was a special brother-in-law to Chris (Marzec) and Bryan McLawhorn, a much loved son-in-law to Mary Lou and the late Edward Poremba and fond son-in-law of Jerome Marzec. Scott began his law enforcement career as a young man with the Blue Island Police Department before devoting 28 years of service to the Alsip Police Department. He was awarded several commendations for bravery throughout his career and always felt honored to be a patrolman, working within the neighborhoods. Scotty was popular both on and apart from the department and was very proud to be a member of the Fraternal Order of Police. He also liked playing poker and was a legendary organizer of annual block parties celebrating July 4th, which was also his birthday. One of his favorite activities was attending Six 2 Six shows (a local band), himself being a former rock drummer in his youth. Among his closest friends were the late Ray Bosley, Teo Vargas, and Jim Brongiel, as well as his other police brothers and sisters. During his retirement, Scott enjoyed spending time  with his kids, shooting hoops, tending his vegetable garden, and building bonfires near the pool. His holiday yard decorations were well known in the neighborhood. Scotty will be missed by his friends and those who enjoyed his sense of humor and appreciation of life. A private family service was held and a Celebration of Life fundraiser for the family is planned for Thursday, August 25th at the Sportsmans Club in Alsip from 5 pm - 2 am.   Arrangements entrusted to the Becvar & Son Funeral Home, 5539 W. 127th Street. Crestwood. (708)824-9000 or www.becvarfuneralhome.com

To send flowers to the family or plant a tree in memory of Scott D. Kleina, please visit our floral store. 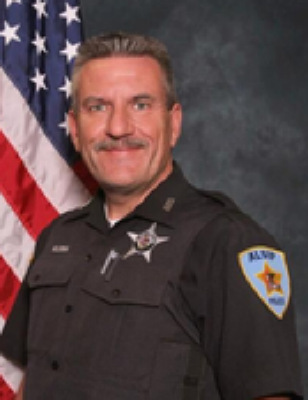 Look inside to read what others
have shared
Family and friends are coming together online to create a special keepsake. Every memory left on the online obituary will be automatically included in the book.

Look inside to read what others have shared

Family and friends are coming together online to create a special keepsake. Every memory left on the online obituary will be automatically included in the book.

You can still show your support by sending flowers directly to the family, or by planting a memorial tree in the memory of Scott D. Kleina
SHARE OBITUARY
© 2023 Becvar & Son Funeral Home & Cremation. All Rights Reserved. Funeral Home website by CFS & TA | Terms of Use | Privacy Policy | Accessibility